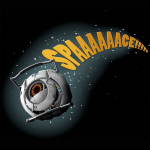 "The Player has been eliminated due to lack of funds. And intelligence.". -Ellen McLain on Marioshi's poker skills.

"Congratulations. We have secured the enemy's intelligence.". -Ellen McLain on Marioshi's TF2 skills.

I am Marioshi, a TF2 player that now enjoy playing poker. In this wiki, I'm specializing on the dialogue. I'm currently writing my own :)

All In (different player)

Retrieved from "https://theinventory.fandom.com/wiki/User:000marioshi000?oldid=7706"
Community content is available under CC-BY-SA unless otherwise noted.