"Sure, I could have stayed in the past. Could have

Ash Williams is the protagonist of the original Evil Dead series of movies, most famously Army of Darkness. He is one of the poker players in Poker Night 2.

Bringing both boomstick and badassery to the table, Ash is the star of the original Evil Dead films, the most well known of which is the cult classic movie Army of Darkness.

He's also a video game veteran, as his first video game appearance was The Evil Dead for Commodore 64 in 1984. This was followed decades later by Evil Dead: Hail to the King, Evil Dead: A Fistful of Boomstick, Evil Dead: Regeneration, Army of Darkness Defense, and Evil Dead: The Game.

Ash is a housewares clerk at S-Mart and ordinary modern-day hero… or about as ordinary as you can get with a robotic arm (chainsaw attachment optional).

The Team Fortress 2 unlock for Ash's Evil Ash's crown. Once unlocked, it can be used by Pyro.

The Borderlands 2 unlock for Ash is Evil Ash's head. Once unlocked, it can be used by a Commando.

Deploying the Army of Darkness table effect changes the Inventory to resemble the 14th-century setting as seen in Army of Darkness, specifically the forest with a windmill where Ash first meets Evil Ash, as well as putting Evil Ash's crown on Ash.  Additional conversations relating to Ash occasionally appear, and players that are knocked out get sucked into a flying Necronomicon due to Max's reckless tampering, inspired by a scene in the movie where Ash had to deal with two fake Necronomicons with similar abilities. Winning the tournament triggers a scene inspired by the original deleted ending of Army of Darkness .

"You should know, a Williams never bluffs... except when we do."

Ash is a very aggressive player and likes to bluff on weak hands, frequently raising and going all in, especially even before the flop is revealed. Because of this, some will probably easily find Ash the most irritating poker player to compete against, most notably if you have a particularly bad pair of hole cards yourself to begin with. He will usually only fold if he has a very bad hand, making him an easy opponent and often the first to be eliminated. He tends to check only when the flop has ruined his hand and can be forced to fold with a medium or large bet. He is very rarely the last to check.

Neither Ash nor Brock like backing down. If they get into a betting war, fold and let them have it out. The odds are good that someone will be leaving the table when the hand's over. This is unless you are completely confident with your own hand; with luck, you could eliminate both Brock and Ash at once.

However, Ash's poker strategies have a tendency to be quite inconsistent and he will be very unpredictable: in one hand/tournament, he will be overtly aggressive and reckless whereas in another hand/tournament, he will be perhaps overtly cautious. Hence, he'll probably be the hardest poker player to read; when he bets aggressively right after the flop is revealed, he will indeed be hard to read. In his case, it's all or nothing: he will either have a good hand or he's bluffing.

When he has a mediocre hand/pair of hole cards, he will be cautious with them. Knowing him though, if he has a weak flop, he may occasionally bluff. However, when he has a good hand, he will take full advantage of it and his methods of doing that may vary considerably. He will bet aggressively as soon as he sees - what he views as - a good hand on the flop that isn't too coherent to his other opponents; on the other hand, as the common strategy goes, he will check-raise; when an opponent bets a small amount (either as a bluff or a playing-safe bet), he will intervene with a big raise. He will also be as extremely pushy as Brock most of the time; even with a large amount of money he has, when he sees the flop, he will sometimes immediately go all-in, though on a mere one pair hand (the highest one pair hand he can find). Consider folding unless you are absolutely certain/confident that you still want to play your hand or if you are good at bluffing back at him. Advisably, Ash is much more cautious in Omaha Hold 'Em, though he may occasionally bluff.

The screencap describing tells has a photo of Ash biting on his finger.

If Ash brings both hands to his head and leans back and then bangs his fists on the table in frustration, he does not have a good hand. Even so though, he will still occasionally bluff his way to making a large bet right afterwards. If he does, try raising and he may be forced to fold. It sometimes/often works.

Ash claims that, from the severe beatings he has received, the muscles in his face no longer work and "twitch for no reason at all", so he doesn't have a tell (this is an obvious half-truth, as he does have tells, but almost none of them are related to any facial expressions, instead being mainly hand-related, proving that his facial muscles are indeed affected by the many beatings he has received). He also claims that drinking doesn't effect his playing ability.

If Ash wiggles the fingers on his right hand, he's very uncertain.

If Ash looks to the right nervously, he could be bluffing.

If Ash clenches his fist and grimaces, then he has a bad hand.

If Ash taps his teeth with his finger in thought, he probably has a good hand.

Relationship with Other Characters 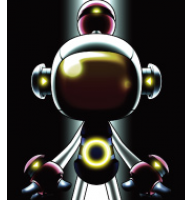 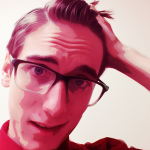 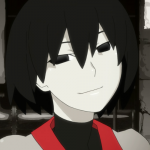